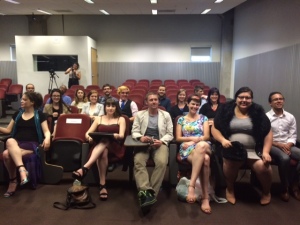 The Herberger Institute Office of Enterprise and Entrepreneurship Programs, which I direct, just hosted its First Annual Herberger Institute Student Idea Showcase. It was a great event, with 18 students pitching ideas for everything from an app that reminds you to water the houseplants to theatre for the very young in a yurt, the latter winning the judges choice award; a visual impaired comic book artist won the audience award for her narration-enhanced Sonic Comics. For the ten years that I’ve led the Pave Program in Arts Entrepreneurship, I’ve been reluctant to produce a traditional pitch competition. This event came close, but we wanted to create an event that wasn’t only about “business,” but rather one that rewards arts and design students for their innovation, for novel ideas that have the potential for positive impact. 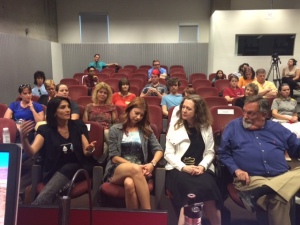 My reticence to foster the kind of high-competition atmosphere one sees in some pitch competitions may have some basis in research. As I’ve been conducting a review of the literature on networking and entrepreneurship*, I noticed that entrepreneurial success in the arts and culture sector may be fostered by environments of low competition where networks that enable cooperation and friendship provide both emotional and business support, rather than the kinds of cut-throat competitive environments one associates with Shark Tank or high-stakes Silicon Valley VC presentations. So, we will continue to host our new event on annual basis by emphasizing “IDEA” and “Showcase” rather than “competition.”

* The two articles in our sample of 53 that address this issue also happen to be two of only three that specific look at the arts and culture sector:

Linda Essig is Dean of the College of Arts & Letters at Cal State LA and principal/owner of Creative Infrastructure LLC. The opinions expressed on creativeinfrastructure are her own and not those of Cal State LA. You can follow her on twitter @LindaInPhoenix.
View all posts by lindaessig →
This entry was posted in Arts entrepreneurship, Higher education and tagged Herberger Institute, idea showcase, innovation, Kerfuffle, networking, networking and entrepreneurship, Pave Program in Arts Entrepreneurship, pitch competition, Shark Tank, Silicon Valley. Bookmark the permalink.