Posted on February 6, 2015 by lindaessig 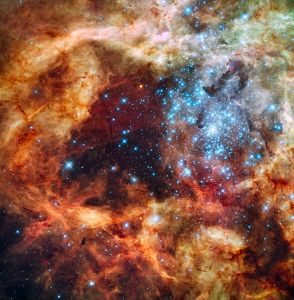 “All data is interesting,” a colleague said to me earlier in the week. “No,” I replied, “I don’t think so.” Not only is not all data interesting, not all data is relevant. There are piles of data being collected about you, me, our city, our country, the global climate, and the larger universe, every second of every day. What makes data interesting is relevancy to some question of importance. One of the many things scientists and artists have in common is that both ask questions of importance. As Andrew Simonet notes in Making Your Life as an Artist, “The scientific method and the artistic process are the two most robust problem-solving methodologies ever developed.” I read this a few days before I cracked open Thomas Piketty’s data rich Capital in the Twenty-First Century. Right there on page 2, Picketty says essentially the same thing, as applied to his particular research question – what causes economic inequality?

Indeed, the novels of Jane Austen and Honoré de Balzac paint striking portraits of the distribution of wealth in Britain and France between 1790 and 1830…They grasped the hidden contours of wealth and its inevitable implications…These and other novelists depicted the effects of inequality with a verisimilitude and evocative power that no statistical or theoretical models can match.

Too often (US) society considers science and art to be dichotomous when, in reality, they are the two lenses of the stereo-optic glasses through which we can come to understand the world. There is so much data available; science and art work together to determine what

is interesting, what is relevant, and, perhaps, what is beautiful.

Linda Essig is Dean of the College of Arts & Letters at Cal State LA and principal/owner of Creative Infrastructure LLC. The opinions expressed on creativeinfrastructure are her own and not those of Cal State LA. You can follow her on twitter @LindaInPhoenix.
View all posts by lindaessig →
This entry was posted in arts infrastructure, Arts policy, Culture and democracy, Technology and arts, Uncategorized and tagged Andrew Simonet, Art and Science, big data, Capital in the Twenty-first Century, data, Hubble Space Telescope, Piketty. Bookmark the permalink.