From Reformation to Aggregation 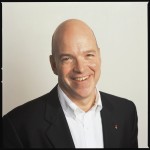 Two years ago, when Ben Cameron of the Doris Duke Charitable Foundation delivered the keynote address at the Second Biennial Pave Symposium on Entrepreneurship and the Arts, and in his Ted talk of 2010, he spoke of the arts being in a period of reformation.  Last night, in a speech sponsored by the Piper Trust delivered to a choir of Phoenix area arts advocates, he echoed those comments and went a step further to offer a strategy for artists and arts organization to navigate this new terrain: aggregation.  First, what does he mean by “reformation?” Cameron draws an analog between the sixteenth century religious Reformation, in which reformers sought to remove the middleman between worshipers and God, and the current state of the arts in which arts consumers can choose to be participants in creative arts experiences without the need of a middleman (a professional arts organization).  With so much creative activity happening and then being distributed via youtube, sold via etsy, and funded via kickstarter, what are professional artists to do?

Cameron offered “aggregation” as a strategy for artists and arts organizations to come together, to pool resources, and speak with a louder voice.  His idea of aggregation extends beyond the arts, however, to artists and arts organizations aggregating with like-minded civic organizations to advance not only an arts agenda, but a civic agenda. In an opinion piece in the Arizona Republic published prior to his visit, Cameron wrote of the strength of both the extrinsic values of the arts (economic and educational benefits) and the intrinsic (inspiration, delight, joy) saying, “It is time to combine these extrinsic and intrinsic arguments, to let go of an arts agenda and seize a new civic agenda…the arts encourage us to come together with people whose beliefs and lives may be different from our own, to listen deeply, and to celebrate the things that bind us together instead of retreating behind the things that drive us apart…supporting the arts defines the kind of community in which we wish to live.”  By aggregating both with and against “type,” the arts can and should play a significant part in building the kinds of communities in which people live healthy, vibrant, meaningful lives.

The public talk and the opinion piece that preceded it set the stage nicely for our THIRD biennial Pave symposium: Entrepreneurship, the Arts, and Creative Placemaking. Creative placemaking was defined in an NEA whitepaper by this year’s keynote speaker, Ann Markusen, as a movement that “animates public and private spaces, rejuvenates structures and streetscapes, improves local business viability and public safety, and brings diverse people together to celebrate, inspire, and be inspired.” The concept of the civic agenda is present in this definition and will be the focus of a workshop on “Civic Practice” being led by theatre artist Michael Rohd.  To register, click here.

Linda Essig is Dean of the College of Arts & Letters at Cal State LA and principal/owner of Creative Infrastructure LLC. The opinions expressed on creativeinfrastructure are her own and not those of Cal State LA. You can follow her on twitter @LindaInPhoenix.
View all posts by lindaessig →
This entry was posted in Arts entrepreneurship, Arts funding, Culture and democracy, Uncategorized and tagged arts advocacy, arts entrepreneurship, Arts funding, audience development, Ben Cameron, Creative Placemaking, cultural policy, Culture and democracy, NEA, Pave program. Bookmark the permalink.

6 Responses to From Reformation to Aggregation