“The Senate Finance Committee is scrutinizing nearly a dozen private museums opened by individual collectors, questioning whether the tax-exempt status they enjoy provides sufficient public benefit to justify what amounts to a government subsidy.”

This lead to a report in today’s New York Times caught my eye, especially in light of an essay of mine published recently in the Journal of Arts Management, Law and Society. In it, drawing on the work of Paul DiMaggio, I suggest that cultural elites establish nonprofit arts organizations as a method for, among other potential purposes, converting excess financial capital into cultural capital. Ultimately, the dispute between the Senate Finance Committee and several new museums founded by private collectors is over whether the new museums are serving the public interest in exchange for the tax benefits they receive. One example of a private individual founding a museum that converts financial capital to cultural capital in the public interest is cited in my own essay: Robert J. Ulrich, former Target CEO and founder of the Musical Instrument Museum, or MIM. A brief National Public Radio story points to the uniqueness of Ulrich’s entrepreneurial process:

“He did it backward, if you use most museums as a guide. Usually, someone gathers art or artifacts and decides to build a museum to house them. This time, Ulrich established the museum … and hired curators to fill it with instruments.” 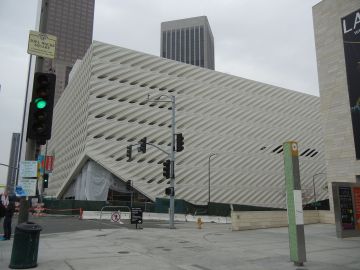 The new Broad Museum is one of the most highly publicized examples of the other kind of capital conversion, from private holdings to a museum with, ostensibly, a “charitable purpose” as defined by IRS code section 501c3 that may or may not be serving the public interest. Even the New York Times referred to the Broad as “an old-fashioned museum for a new gilded age.” But I commend the Broad for having totally free admission as well as evening hours three days a week. The collection has been made available to all with little or no barriers to the public. I have not yet had the opportunity to visit, but hope that the curatorial staff has made efforts to engage its community so that the public interest is truly served and made transparent to museum visitors (and the Senate Finance Committee). I contrast their approach to that of the Neue Galerie in New York, another “charitable organization” founded to house a private collection that has limited accessibility. At some point, the Senate Finance Committee will need to hear from the arts and culture sector writ large about how nonprofit arts organizations serve the public interest. I hope we can speak with one unified and rational voice, untainted by private interests. (A girl can dream…)

Linda Essig is Dean of the College of Arts & Letters at Cal State LA and principal/owner of Creative Infrastructure LLC. The opinions expressed on creativeinfrastructure are her own and not those of Cal State LA. You can follow her on twitter @LindaInPhoenix.
View all posts by lindaessig →
This entry was posted in Arts entrepreneurship, Arts funding, Arts policy, Culture and democracy, Uncategorized and tagged Broad Museum, DiMaggio, Musical Instrument Museum, Neue Galerie, public interest, Senate Finance Committee, The Broad. Bookmark the permalink.