I was catching up over the weekend on the December issue of American Theatre magazine, which had accidently gotten buried under a stack of guidebooks to Prague and Vienna.  I was struck by a short news piece about the new Alliance of Teatros Latinos New York, a coalition of nine Latino Theatre companies joining together to raise funds for their organizations.  Although one might initially thank that these companies would all be competing with one another for the same donor dollar, Robert Frederico is quoted saying, “…rather than fighting over the small crumbs, we decided to unite and go after bigger crumbs.”  This put me in mind of Nobel Prize winning economist Elinor Ostrom’s Governing the Commons in which she examines the cooperative behavior of groups and individuals to manage common pool resources like fisheries or water resources.   Can we think of the philanthropic dollars as a common pool resource? Can organizations or individuals cooperate to maximize the benefits of that resource?

Being a (reasonably) good academic, I did a quick search on the topic of philanthropy as a common pool resource and found a smattering of articles that had some small relevance to the topic, and an abstract for a working paper by Lucas Meijs of Erasmus University (Rotterdam).  Meijs is looking at “philanthropic commitment” as a common pool resource.  However, he and the other scholars I uncovered examine the question from the perspective of the corporate giver, rather than the philanthropic beneficiary.  While I applaud an effort at corporate cooperation to achieve greater impact in giving programs, my applause is louder for arts organizations that cooperate to harvest the maximum dollar out of the seemingly shrinking pool of possible donors.  For the new Alliance, that common resource is the total dollars that corporations, foundations, and individuals are willing to give to Latino theatre companies in New York.  I loudly applaud their effort to compete less and cooperate more. 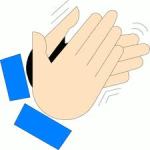 Linda Essig is Dean of the College of Arts & Letters at Cal State LA and principal/owner of Creative Infrastructure LLC. The opinions expressed on creativeinfrastructure are her own and not those of Cal State LA. You can follow her on twitter @LindaInPhoenix.
View all posts by lindaessig →
This entry was posted in Arts entrepreneurship, Arts funding, arts infrastructure, Arts management, Uncategorized and tagged arts entrepreneurship, Arts funding, arts management, Philanthropy, Theatre. Bookmark the permalink.